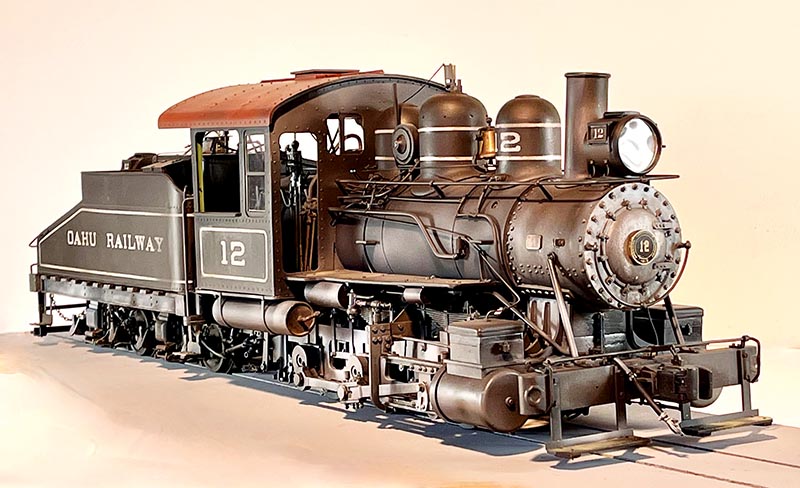 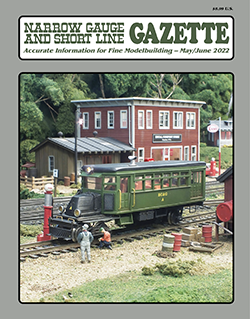 By Don Rose/photos by the author

I was looking for a new locomotive project when a photo in Next Stop Honolulu by Jim Chiddix and MacKinnon Simpson (Sugar Cane Press, 2004) caught my attention. A narrow gauge outside frame switch engine! Oahu Railway & Land Co.’s No. 12 is the kind of locomotive I like to build — a little bit different — something not seen on the more familiar Colorado narrow gauge lines.

Number 12 was one of four 0-6-0 switch engines owned by the Oahu Railway. I was only able to find a couple of photos of any of the little locomotives, however, No. 12 still exists. After years of working around the piers and pineapple canneries, it was the last steam engine retired by the OR&L. Fortunately it ended up in the care of the Hawaiian Railway Historical Society, who are preserving and restoring it. While the restoration is incomplete, the locomotive and its slope back tender are available for detailed research. 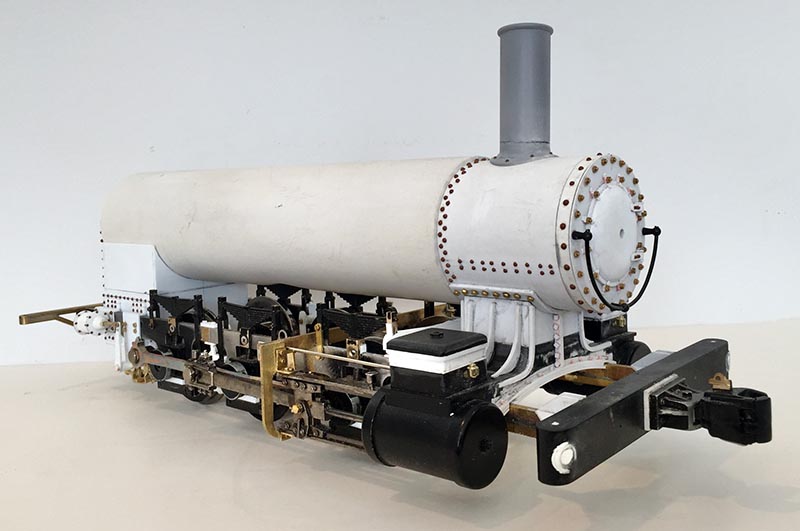 ABOVE: The boiler fitted to the frame. Poling pockets were formed in the Bachmann pilot beam and the coupler temporarily positioned to check the height.

I contacted the Hawaiian Railway Historical Society to see if they could provide additional information on the engine. In a few days I got a reply from Jeff Livingston, who is the Society Historian, and a model railroader. He sent me measurements and multiple photos of the partially restored engine as well as several vintage photos of No. 12 when she was switching at the Honolulu docks. Without his help I would have never been able to build a credible model.

Finding the right drivers is the starting point for all my locomotive kit bashes and builds. The driver diameter on No. 12 was 38 inches. Checking on the available drivers in large scale soon narrowed the choice down to the 1:20.3 Bachmann outside frame consolidation drivers which scale out at 36 inches. Since the flanges are a little oversize, the appearance of the drivers, particularly when obscured by the outside frame, gave me an acceptable choice. The bonus of the axle already extended through the outside frame journal box made the choice even easier. 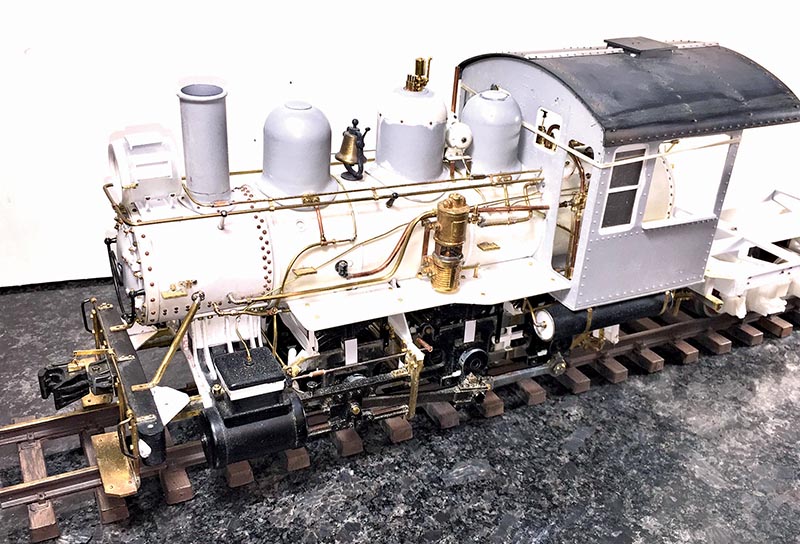 ABOVE: The domes, injectors and other appliances with their associated piping, valves, unions, elbows, etc., were added to the boiler and frame. Various castings from Trackside Detail, Ozark, Hartford, and Accucraft, as well as some left over Bachmann parts were used and modified if needed, to match the prototype.

I had planned on cutting down the frame of the Bachmann 2-8-0, but after I examined it in greater detail, I decided it wasn’t what I wanted. Scrounging around in my scrap pile of locomotive parts left over from previous kit bashes I found an Accucraft C-21 frame. It had possibilities. By cutting and splicing, I was able to reduce the frame from four axles to three, and come up with a frame with the correct axle spacing. Extending the front of the frame and cutting down the rear gave me an accurate starting point.

The journal boxes on the Bachmann drivers fit the Accucraft frame very nicely. The counterweights on the Bachmann drivers were removed and ground down from their fan shape to the rounded contour of the prototype. After testing the Bachmann motor and gearbox, and finding everything running smoothly, I removed them so that the wheels and rods could move freely during construction. With a good foundation I was ready to go on to the rest of the project.

Read the rest of this article in the May/June 2022 issue of Narrow Gauge & Short Line Gazette. Subscribe Today!