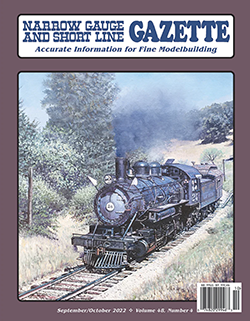 SEPTEMBER/OCTOBER 2022: Gregg Condon describes operations on Pat Thoney’s On30 layout based on the Quincy & Torch Lake Railroad. This is followed by an On30 article on building a wooden water car by Phil Holden. Peter Smith concludes his two-part series describing the waterfront on his Sn3 layout by describing the boats in the harbor and structures there. The unusual 45.5-inch gauge Arcata & Mad River logging railroad is the subject of Pete Replinger’s column, and Rob Bell has Part 4 in his series on White Pass & Yukon Route locomotives by describing a pair of Baldwin 2-8-0s. Building the Idaho Springs depot is the subject in this issue in Dan Windolph’s series on his On3 layout. Craig Symington shows how he built the Texaco distributor for his HOn3 RGS line and Charlie Getz shows us some rare old Japanese/American prototype car kits assembled with screws. All this and more in the September/October 2022 Narrow Gauge & Short Line Gazette! 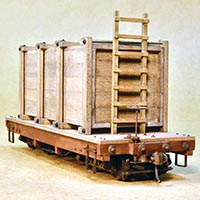 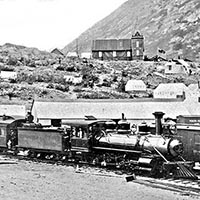 Locomotives of the White Pass & Yukon Route, Part 4: The Twins

White Pass & Yukon ordered a pair of brand new engines from Baldwin Locomotive Works in December 1898 based on the Vauclain compound design. 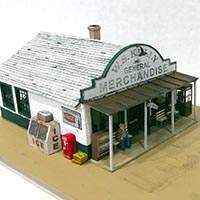 Based upon a real building still standing in Cogar, Okla., this Depression-era store was featured in the movie “Rain Man” with Dustin Hoffman and Tom Cruise. 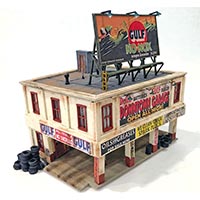 Based upon a notable George Sellios designed building from his Franklin & South Manchester model railroad, the gas station is on the lower floor with apartments above in a wedge-shaped design. 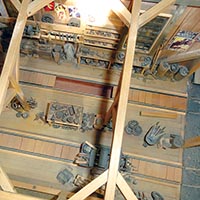 I mentioned in previous Ramblings that I really enjoy making little vignettes on my railroad and building interiors in engine sheds, machine shops, and other industrial buildings.