By Otto M. Vondrak/photos as noted

“Narrow Gauge” refers to any railroad built to a track gauge less than the standard four feet, eight and a half inches (1,435mm). Favored in difficult terrain because of lower construction costs, narrow gauge railways could be found all over America from the 1860s to the 1950s. Probably the most well known among enthusiasts are the storied three-foot lines of Colorado and New Mexico that served the mountainous mining districts of the west. Other lines sprang up in Oregon and California to serve the logging trade in the Pacific Northwest. Back east, a system of two-foot gauge railroads served the rugged Maine backwoods. Substantial three-foot lines were also built in Pennsylvania and parts of the Midwest. Part of the appeal of narrow gauge modeling is the wide range of territories served combined with unique railroad equipment that provides interesting challenges for the model railroader. 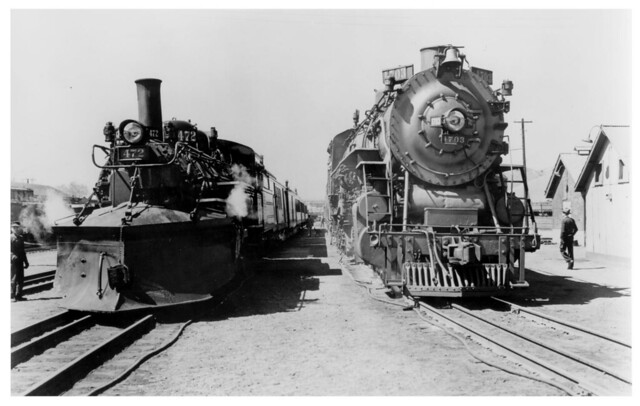 So where does the narrow gauge modeler start? Most ready-made track products are only produced in standard gauge, and handlaying track is an intimidating proposition for many. However, by using models from one scale and track components from another, you can achieve the effect you’re looking for. Many hobbyists choose to work in O scale, where the larger models have more “heft” and opportunities for showing off detail that would otherwise be lost in a smaller size.

What is O scale?

To clarify a common point of confusion, “scale” refers to the model and “gauge” refers to the track. Many people immediately associate “O scale” with Lionel-sized toy trains. American O scale is proportioned 1:48, where Lionel and other “toy” trains range anywhere from 1:43 to 1:55. The commonly accepted standard for O gauge track is 1.25″ (32mm), which actually scales to 5’ rather than the correct 4′ 8.5″. Because there is a wide variety of parts and equipment available, O scale is a popular choice among modelers.

Simply put, “On30″ refers to O scale models that operate on HO gauge track. The gauge of HO track (16.5mm) scales out to two foot, six inches, or 30″ in O scale. Most American narrow gauge railroads were built to either two foot or three foot gauge, though 30” is a common narrow gauge standard throughout the rest of the world. Early proponents of this modeling movement referred to the scale as “On2½” but “On30” is much more common. Many modelers choose to accept this compromise and use On30 models to represent either two foot or three foot gauge railroads. Some modelers prefer to work in On30 because of the wide range of products that are available “out of the box.” So while the trains may run on HO gauge track, all structures, figures, vehicles and other modeled elements are O scale.

While On30 accepts the compromise of HO gauge track, On3 uses O scale models that operate on (19.05mm) gauge track to replicate true three foot gauge. Hobbyists going this route were once required build their own track, but recently a line of turnouts and compatible flextrack has become available. Once brass locomotives and locomotive kits represented the only way to equip an On3 roster. In recent years, diecast On3 locomotives have both widened the availability and lowered the cost of motive power and some On30 models can be modified to operate as true three foot gauge models. While still requiring a bit more skill to model in On3, modelers are enjoying the release of more and models built to On3 standards. Of course, while the rails may be narrow, all structures, figures, vehicles and other modeled elements are O scale.

While once a little-known subset of the model railroad hobby, O scale narrow gauge modelers now enjoy a wider range of commercially available products than ever before. Many modelers appreciate the whimsical qualities of freelancing their own line, while others enjoy recreating history in miniature. Whether you choose On30 or On3, hopefully this brief introduction will encourage you to “think narrow!”