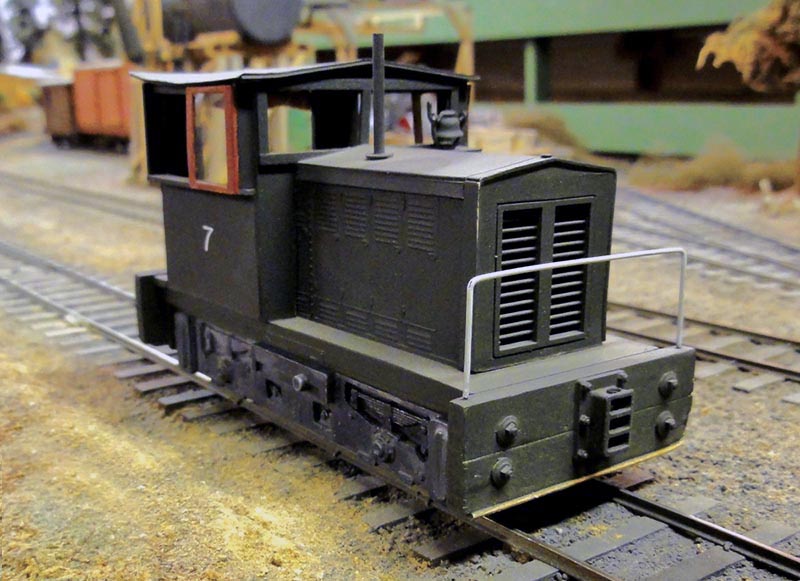 Built from an Athearn Hustler, the author’s 58-year-old rendition of a Milwaukee industrial locomotive in On30 is showing her age, but still hard at work. 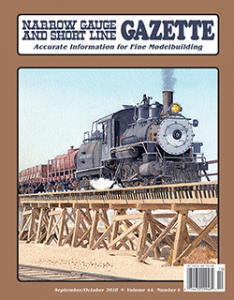 When I read Brad E. Smith’s article “The Iconic Athearn Hustler” in the 2018-3 issue of White River Production’s quarterly magazine HO Collector, it brought back memories of my early days in On3.

The Hustler was an HO gauge, four-wheel, industrial switcher, of no certain prototype. It was first advertised in 1957, and sold for $4.95. These models had detailed plastic superstructures with, doors, hinges, exhaust stacks, and a nifty radiator. The outside-frame chassis was cast metal, and was attached to cast metal end beams. The motor had two shafts. The axles were about 3/8-inchdiameter, and made from some sort of fiber. Short pegs (or axles) protruded from each wheel and were pushed into the fiber. Rubber bands ran from the motor’s shafts, around the axles to drive the locomotive. We called them “slingshots” because when you turned on the power, the model sat for a second until the rubber bands took hold, and the locomotive shot ahead at about a scale 300 miles per hour. The model was quiet and smooth at that speed, but lacked “something” on a narrow gauge logging line. 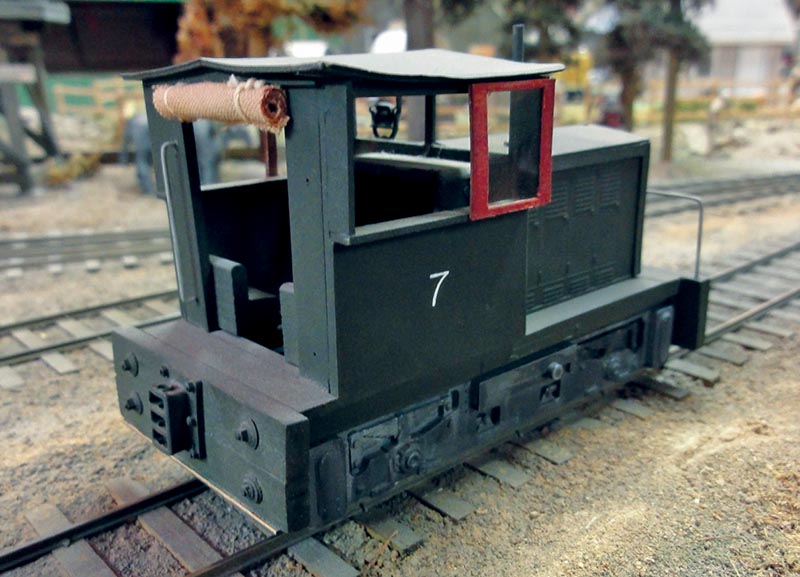 Lee Klaus, owner of Valley Car Works, wrote an article in the December 1960 Railroad Model Craftsman describing how he had converted an HO gauge Hustler to On3. So, I decided to convert one. Lee had modified his Hustler’s superstructure quite a bit, but I was more interested in how he converted the mechanism. It was really quite simple. All I had to do was remove the superstructure, unscrew the side frames, and drop the wheels – and their axles. The motor stayed attached to one of the side frames. Then I pulled off the wheels, added spacers to the axles on both sides, and pushed the wheels back on, now gauged to On3. I re-attached the side frames, with added spacers, so they would clear the wheels, and my Hustler was ready to “sling shot” down my On3 right-of-way.

But, what to do with the superstructure? By 1960, I had visited the West Side Lumber Company several times, and had Milwaukee switcher. So I decided to try to make my Hustler resemble the Milwaukee. I cut off the Hustler’s cab, and made a cardboard cab that sort of looked like the Milwaukee’s. Then I filed off the Hustler’s exhaust vents, and added a new cardboard top to the hood, so my Hustler would more closely resemble the West Side Milwaukee. I also made new end beams with link-and-pin coupler pockets, and nut-bolt-washer castings. Then, I added a rolled-up canvas curtain above the rear door of the cab, and an exhaust stack, and bell. 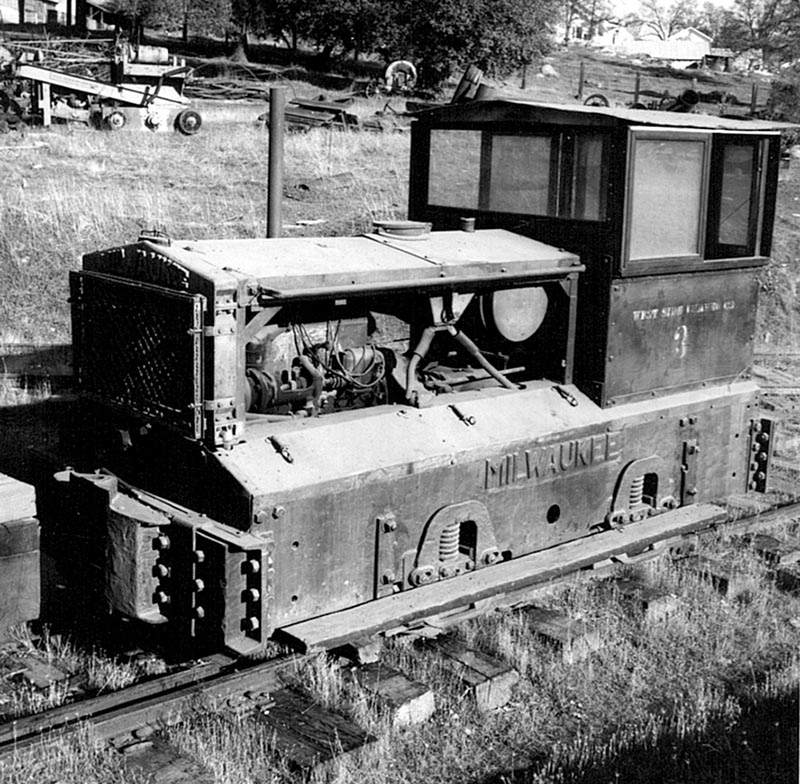 The prototype West Side Milwaukee was painted a dark Pullman Green, so I sprayed mine that color, lined out the window frames in a rust color, and put her in service.

By 1960, the Hustler sold for about $6.00, and was a bargain when the only On3 models were the Kemtron C-16, Kemtron Shay, and the few imports that were starting to come on the market. I was pleased with my Hustler, and have saved her all these years. When I went to find my model I could not remember where I had put her. I finally found the little locomotive, less motor, on a siding behind my sawmill, sadly out of sight.

For readers not familiar with the West Side Milwaukee, I have included several photos I took back in the early 1960s. The locomotive eventually went to Felton, Calif., to run on the Roaring Camp & Big Trees Railroad.