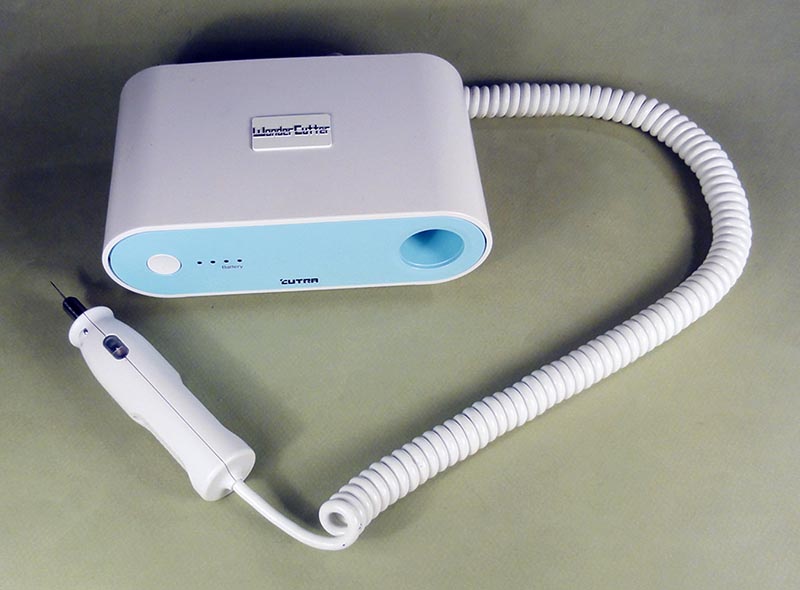 When I saw the Wondercutter described in my latest Micro-Mark catalog, I knew I had to try one, but I was hesitant because of the $399.99 price. However, I decided to take the plunge because cutting with an X-Acto knife was getting difficult for me — especially in styrene. So, I immediately phoned Micro-Mark and was told the Wondercutters had been back-ordered. The folks at Micro-Mark told me they would let me know when the next shipment arrived. So, I tried Amazon — but found they were also out of Wondercutters, but I did find a video demonstrating this interesting tool. However, a week later MicroMark emailed to say they were in stock. I immediately phoned, and was told they had been back-ordered again, but if I ordered one I would get a Wondercutter in the next shipment. Sure enough, a week later I was notified that one was on the way.

The Wondercutter is a powered No. 11-like knife blade that vibrates at 40,000 times per second — yes, 40,000 times! It is powered by a re-chargeable lithium battery. The Wondercutter includes a main body with the battery, on-off switch, battery indicator lights, and a socket for storing the hand-held cutter. The cutter is attached to the main body by an electric cord.

Wondercutters also come with a plug-in transformer for recharging, extra Allen wrenches, and extra setscrews for attaching the blades. Forty extra blades, (available in 40 packs from Micro-Mark) are also included, along with an illustrated instruction manual, and a piece of material to practice on. 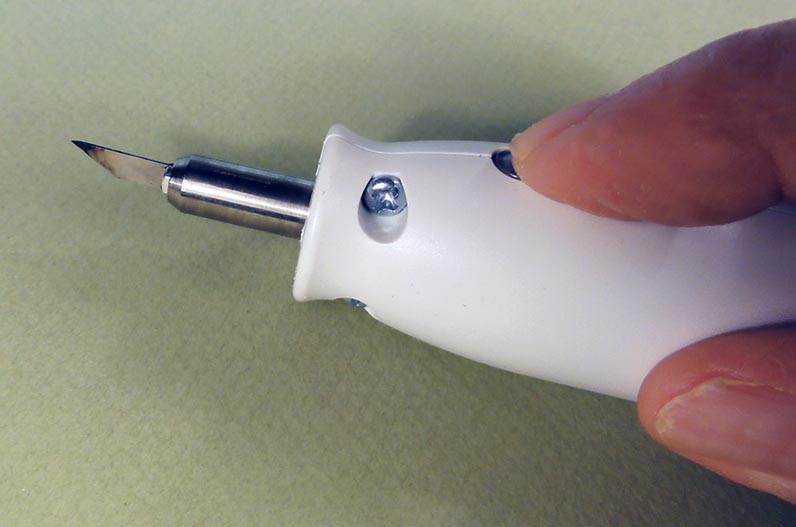 I charged my battery, and hurried to my workbench to try the cutter out. After practicing on the sample material, I decided to cut some 0.060-inch-thick styrene. I have always found it difficult to cut styrene. The Wondercutter sliced through my piece of styrene like butter, but I noticed an odor, and then an edge of melted styrene. It was obvious that the blade, vibrating at 40,000 times a second, was using the heat generated by its friction with the styrene to cut it. Next I tried some 1/16-inch-thick scribed sheet basswood. Again it cut easily, but there were wafts of smoke, and the smell of burning wood. I tried cardboard and noticed the smell of burning paper. Next, I tried to chop a piece of 1/4-inchsquare basswood in two, and this stalled the Wondercutter. It needs to be dragged along to cut well.

Using the cutter is a lot different than using an x-Acto knife. You merely pull the blade along holding the power unit like a pencil. No real pressure is required, and you have good control. I found the more I used my cutter the better it cut.

I made good use of my new tool when building the little steam crane described in “Robert’s Ramblings” on page 5 in this issue. I needed two highly-arched roof supports. After drawing the arch on some thin wood, I tried cutting with an x-Acto knife — but had trouble controlling the cuts. So, I tried my Wondercutter, and cut the arch with no trouble. Emboldened by that success, I used the cutter to cut the square hole in the roof of my crane for the smokestack. Then I found I needed to trim down the Bachmann boiler, and cut off the cylinders on the Bachmann winch to fit inside my crane. The Wondercutter trimmed these parts just fine.

While my Wondercutter has not replaced my x-Acto knife, I am using it more and more, and my arthritic hands seem to like it.