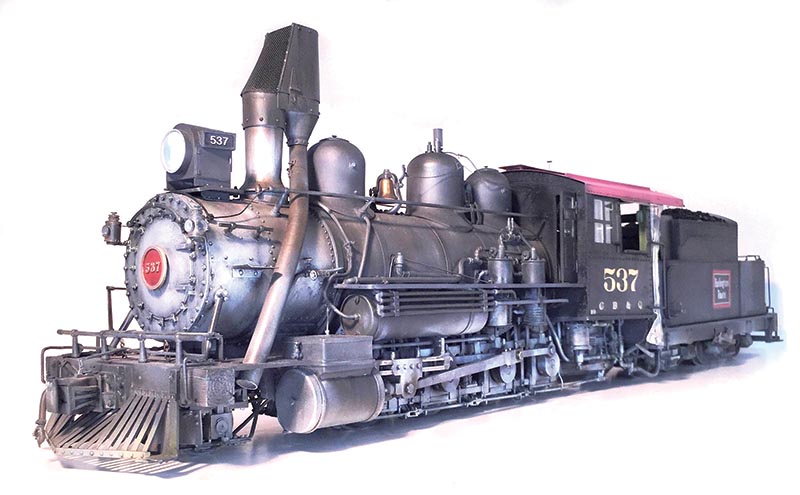 By Donald Rose/photos by the author

On December 30, 1927, 537 was involved in an accident that killed both the engineer and fireman. The wreck left the locomotive well off the track and upside-down. The badly damaged 537 was taken to the CB&Q Havelock Shops in Lincoln, Nebraska, and came out of Havelock looking like a Burlington locomotive with a Burlington-style headlight, rounded domes from a standard gauge engine, dual air pumps, new pilot and new cab with “537” and “CB&Q” in gold lettering on the side, and a Burlington logo on the tender.

The days of the narrow gauge in the Black Hills were almost over, and 537 arrived back in South Dakota just as the lines were being abandoned. When the Colorado & Southern found itself short of locomotives in 1930, Superintendent of Motive Power, H.W. Ridgway, set out to obtain 537 and her big sister 538. Unfortunately 538 was too heavy for the South Park Division bridges, so only 537 came to Colorado.

Back in 1908 the Burlington had acquired controlling interest in the Colorado & Southern, and since 1928 had been petitioning for the abandonment of its Colorado narrow gauge operations. To make it clear to the ICC that the Colorado & Southern was not getting a “new” locomotive, 537 was leased on a temporary basis to the C&S, therefore, it always remained in CB&Q livery.

Since the C&S burned coal, 537 was converted back to a coal-fired locomotive. The oil bunker was returned to Havelock and placed in storage. Number 537’s tender required greater coal capacity for the run to Leadville, so after measurements and calculations, it was decided to add twelve inches to the sides of the coal-bunker. Number 537 entered C&S service in the spring of 1930 working between Denver, Como, and Leadville. She was their heaviest locomotive, outweighing nos. 74-76 by about a ton, and was the only outside frame locomotive on the Colorado & Southern. Number 537 ran until 1937, and was scrapped in 1939. 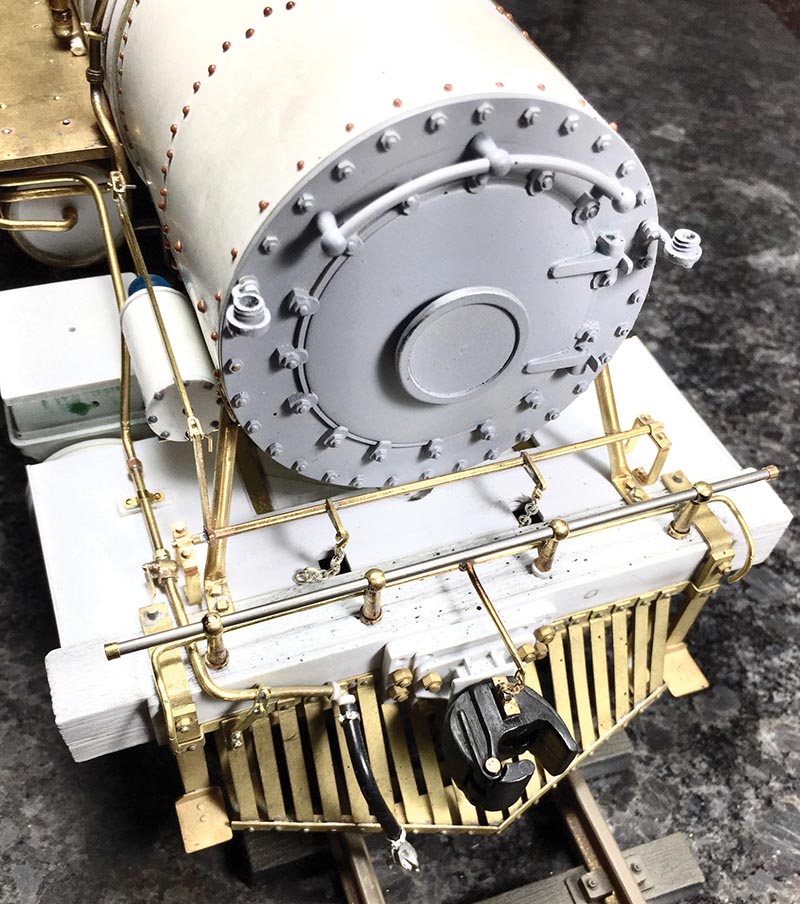 In 1931, the Colorado & Southern decided to convert one of its 2-8-0s to burn oil. Number 70 was chosen. Someone remembered that 537’s tender had once had an oil tank. The tank was shipped from Lincoln to Denver, and 537 and 70 traded tenders. Number 70 got 537’s tender reunited with its oil bunker, and 537 got 70’s coal tender. Number 70’s “new” tender was lettered for the Colorado & Southern and #537’s “new” tender started wearing a Burlington badge.

The Model
Number 537 looked like a very interesting locomotive in the few photos I had seen. She had outside frames with brake rods exposed under the driver counter-weights, a long smoke box, Burlington-style cuckoo clock headlight, and a bear trap spark arrester. A few of the photos showed her with a tall tender, short in length, with a Burlington Route herald and Bettendorf trucks.

The most helpful source of photos was the Burlington Historical Society. A 77-page article with multiple photos in the April 2002 Burlington Bulletin by Hol Wagner titled “Q 537 — The Story of a Narrow Gauge Consolidation” was full of information and took much of the guess work out of building my model. I found the wheel diameters, axle spacing, boiler diameter, cylinder size, tender dimensions, including the added coal bunker, and many photos! One of the best was of the wreck, upside-down in the ditch, which was invaluable in figuring out the frame, pilot truck, firebox and many other details. 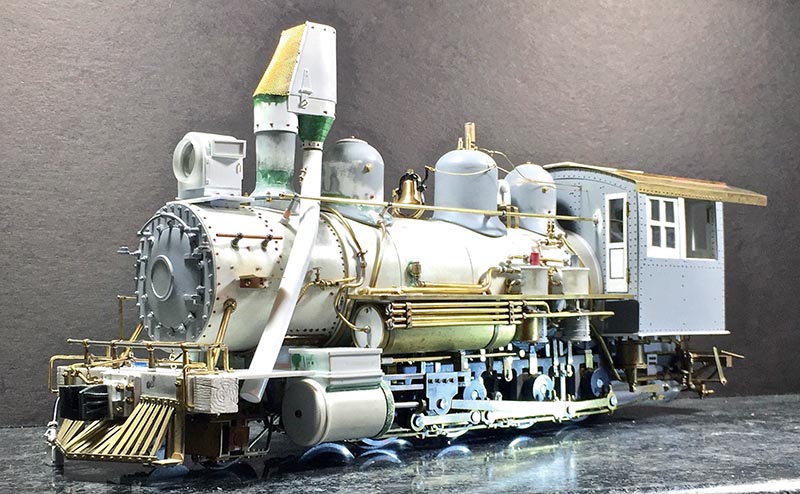 One of the most helpful photos was a near perfect side view taken outside the Denver C&S roundhouse. In the rebuild after the wreck, 537 was given a pair of 9.5-inch air pumps, clearly seen in the photo. Using a reprint of the 1925 Locomotive Cyclopedia, I was able to obtain the exact dimensions of a 9.5-inch Westinghouse air pump, and by careful measuring of the photo, and using the known size of the pumps, the dimensions of the domes, cab, stack, and headlight, could be determined by simple proportions.

And I counted rivets. Many of the photos were so clear that the number of rivets in a rivet line could be counted and duplicated on the model. In other photos, all the bolts and clamps on the smoke box front could be easily seen and duplicated.

There were only five photos of #537 with its original tender. No problem! Hol Wagner’s article had included the drawings and measurements made by the C&S mechanical engineer when it was decided to increase the tender capacity. All the measurements I needed were there…