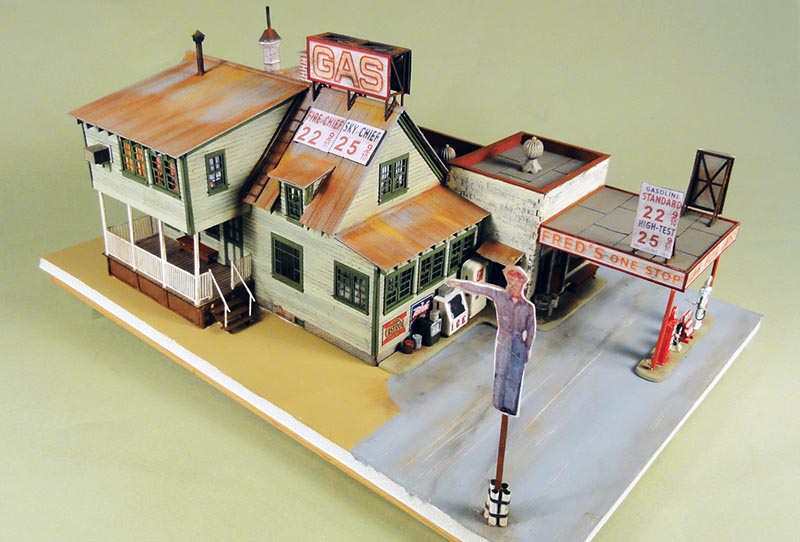 I assembled the new HO scale Fred’s One Stop combination gas station/house, which retails for $94.75, and was frankly “blown away” by the results. This is a wonderful, and believable, slice of Americana correct for time periods from the 1940s to the 1970s.

Fred’s One Stop consists primarily of laser-cut, Laserboard components, many of which feature peel-and-stick adhesive, plus color graphics, decals, and excellent illustrated instructions. A bag of resin and metal details is also included, with oil barrels, window air conditioning units, a trashcan, gas pumps, soda machine, ice machine, and newspaper vending machine. There are literally hundreds of parts, and the instructions are only pictorial, so some assembly steps are sketchy. But, I encountered absolutely no problems.

Do test-fit before gluing. The superb engineering of this kit impressed me, and everything fit beautifully. Even interior partitions are included, so I added interior details and lights to a few of the rooms. The laser-engraved walls took paint well, and the gas station is designed to fit snugly against the house. I also added interior detail to the gas station office, along with lights, and made the structures removable from their bases to allow access to the lights. 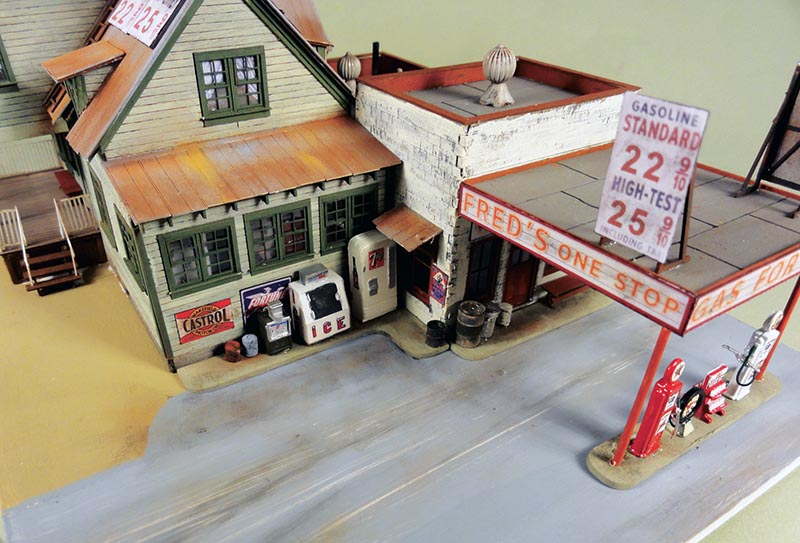 This is not a “simple” kit, but was very satisfying to assemble. Constructed almost entirely of Laserboard, the kit was an eye-opening exercise in “card-assembly” with some parts laminated to create the right appearance. The only additions I made, other than those mentioned in the instructions, were roof chimneys and stacks, inexplicably not provided. Especially impressive were the kit’s gas pumps, ice machine and soft drink machine. Graphics and decals added to their cast cores create very authentic models. I painted the area behind the decals gray because the decals are opaque. The double-sided human figure mounted on a pole is a unique touch typical of 1940s roadside signs.

This kit builds into a complete diorama. When I install it in a scene I will complete the scenic details. From the distinctive billboard figure to the posted gasoline prices on the roofs, this kit “screams” authenticity. Prices and details on the gas pumps and signs include prices and features that set the kit in the 1970s or late 1960s. Since I model 1949, my talented wife, Margaret, computer-converted the graphics provided, and reduced the gasoline to 1949 prices. (I had substituted JL Innovative gas pumps and soda machine for the more modern ones provided.) By the way, the pumps and other external details are sold separately for $16.50. I was very impressed by this kit, and think you will be too. Showcase Miniatures offers a wide variety of HO and N products so check their website. 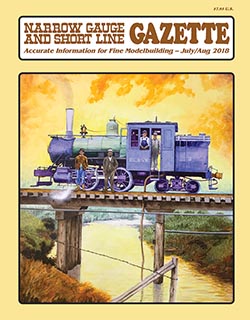