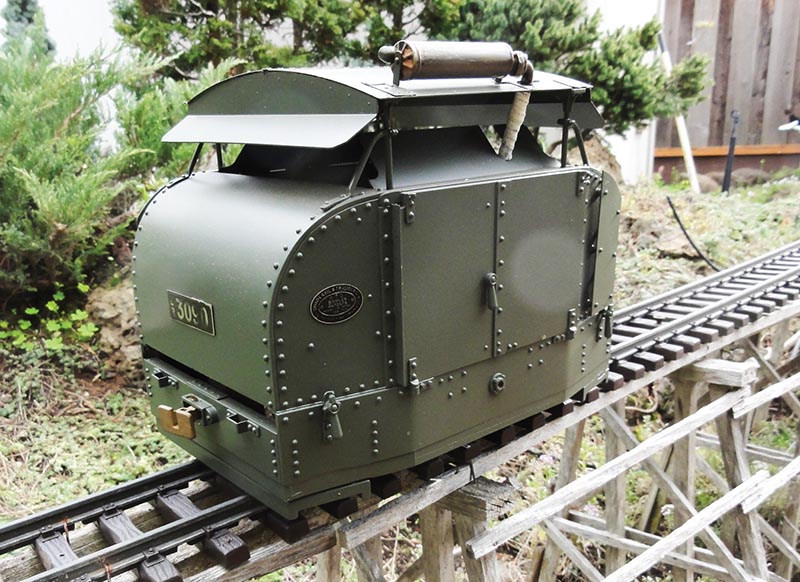 One of the most common internal combustion locomotives used in World War I was the Simplex. It had a four-wheel chassis with a gasoline engine, radiator, and a tractor-like seat for the driver. Unfortunately the driver was easily removed by sniper fire, so many of the Simplex locomotives were covered in armor, much like a small tank. The troops called them “Tin Turtles.” The armor did protect the driver, but many succumbed to carbon monoxide while cooped up inside a Tin Turtle. Several of these locomotives survive in England today and are used in reenactments. I have three Simplex models. The big one is 7/8n2 and runs on 45 mm gauge track, the middle one is 16mm scale and runs on 32 mm O gauge track, and the little one is 4 mm scale and runs on N gauge track.

I was delighted to see Bachmann Industries bring out On30 models of 60 cm gauge, Class 10, 2-6-2T Baldwin trench engines, even if they are the wrong gauge. You can see my review here. I am delighted because these models will allow modelers to build layouts based on the trench railways of World War I. These narrow gauge railways were as definitive as any mining or logging line and deserve to be modeled. There are many books about the trench railway and several YouTube videos on the internet. Several new books were published in England during 2018, the 100th anniversary of the end of the war, and several layouts were featured in the model press. This issue contains one by French narrow gauge modeler, Bernard Junk, on page 38. 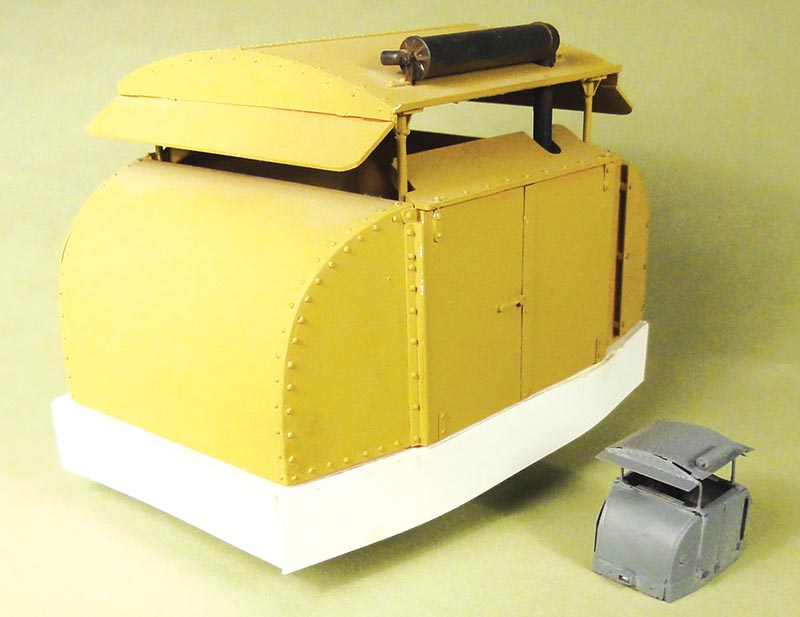 The GAZETTE has published articles on trench railway equipment over the years, and remember we (Benchmark) published, way back in 1990, Richard Dunn’s encyclopedic book Narrow Gauge to No Man’s Land. It tells the story of the four regiments of U.S. Army troops that ran the U.S military railways in Europe. The book is full of photos and plans for both steam and internal combustion locomotives, and cars, track, and railway facilities. It also has detailed rosters of equipment, and the distribution of surplus locomotives after the war. And it’s still available. 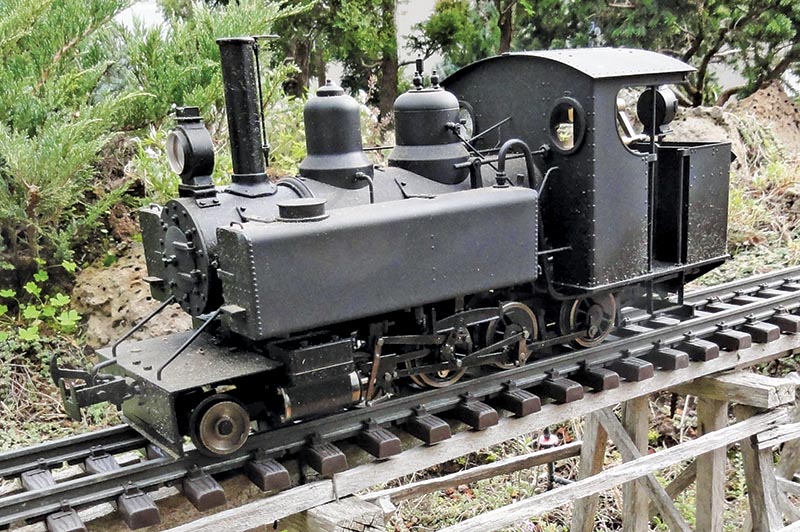 ABOVE: I also have a 1.20.3 scale, 45 mm gauge live steam model of a Baldwin 2-6-2T. It was made by Roundhouse Engineering and I have run it a few times. Always wanted to build a train for her to haul, but never got around to it. 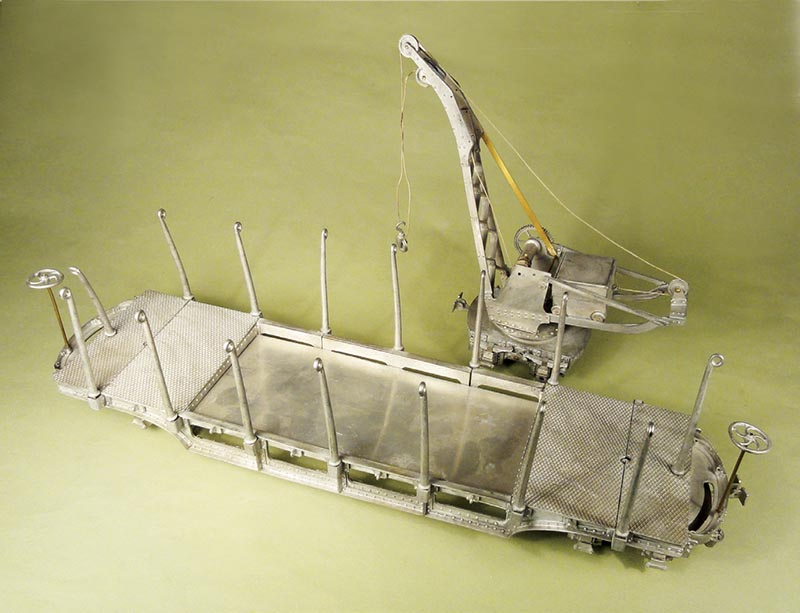 ABOVE: Somewhere along the line I assembled these models. They are white metal, built to 16 mm scale, and run on 32 mm gauge track, The long car was used to transport shells, troops, and other supplies, and the four wheel crane hoisted shells into the car. For those of you not familiar with 16 mm scale 32 mm gauge, it is quite popular in England. In the 1950s a few British modelers began building models to run on 32 mm O gauge track. Since they wanted to build 2-foot gauge trains they divided 32 by 2, and came up with 16 mm scale. The early modelers used O gauge wheel set mechanisms until manufacturers began making parts. Today, there are even live steam models available in this scale and gauge.