The January 1948 issue of Model Railroader was special to me. I was 15, and a student at Palo Alto High School. My parents had at last been able to afford the down payment on a home. So, we moved from Palo Alto, California, to South Palo Alto. I had sent a change of address to Kalmbach Publications, and it seemed to take forever for my January MR to arrive at our new address. I still remember coming home from school each day, and eagerly checking the mail. Finally, my MR arrived. What a change! The January 1948 issue was the first of the new larger format magazine that we read today.

But that was not all. The cover had a photo of John Allen’s Mantua “Belle of the Eighties,” and train, and there was a note on the cover that MR had sold “98,000 copies of this issue,” and that the price was 35 cents.

As I paged through the issue, I saw that Mel Thornburgh was starting a new series on scratch-building an O gauge ten-wheeler. Later I tried to follow his instructions, but gave up in despair.

“The Picture Parade” had a photo showing an HOn3 stock car, a boxcar, and a four-wheel caboose – all built by Larry Grabert and Junior Starrett (owners of the Thief River & Chug Water Railroad in Long Beach, Calif.). There was another photo showing an HO gauge Varney Dockside, which Larry had converted to HOn3. Larry later described how he did this in several articles in the HO Monthly. I was so inspired, that I built my own HOn3 train consisting of a stock car, a gondola, and a four-wheel caboose – complete with John Allen-like pigeon poop on the roof. 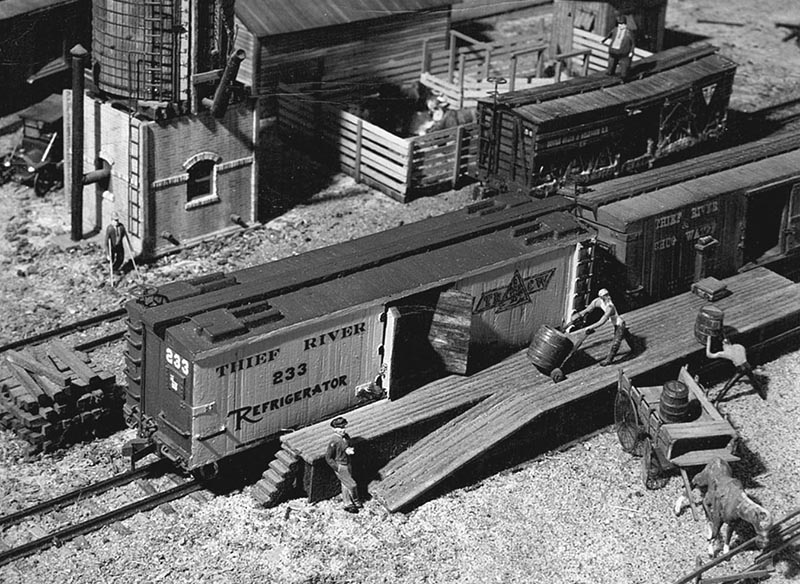 Page 20 of my MR, also had an article by John Allen titled “Photo report on the GD Line,” where he described his 3-foot, 7-inch by 6-foot, 8-inch layout. He later incorporated this little layout into his larger layouts. What wonderful, inspiring photos!

I continued to receive my MR’s on time, and found further inspiration on page 294 of that April 1948 issue (at that time, MR was paged from January right through December). Page 294 had two small photos of On2 models built by Walter Whippo, of Orangeburg, N.Y. One photo showed Forney #2, and the other, a steam dummy. Both were lettered for Walter’s Tynn Canyon & Western. The caption stated that: “these engines are such appealing little ‘critters’ that one is almost inclined to regard them as pets.” How true! 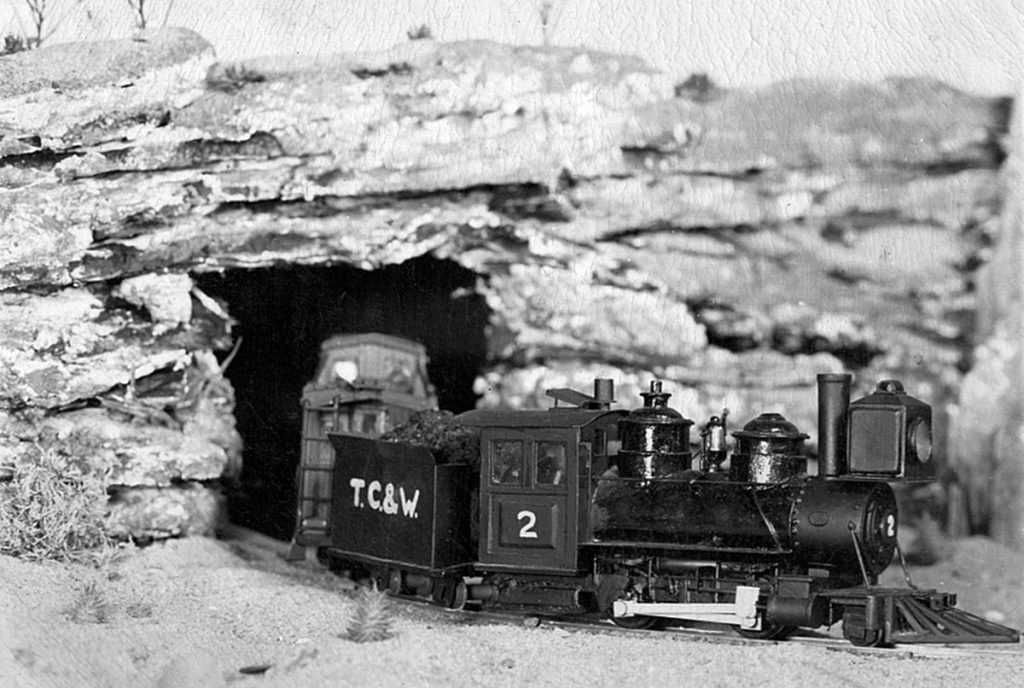 I mentioned in my July/August 2016 “Ramblings” that Judith Green (the late Dick Andrew’s daughter) had sent me her father’s collection of photos, slides, and other “stuff.” Imagine my delight, when going through all this material, I found prints of the two photos depicting  Whippo’s Forney and steam dummy that had appeared in the April MR. The back of each photo has notes by Dick, indicating that these were Walter’s only railroad models. After building them he went into radio-controlled airplanes.

So – 1948 was a good year for a teenager interested in narrow gauge model railroads. By the end of that year, I had added an HOn3 branch to my HO layout, and a scratch-built cab to a Kemtron TT gauge Dockside, that they sold converted to HOn3. I used it to haul my stock car, gondola, and caboose. Fun days!