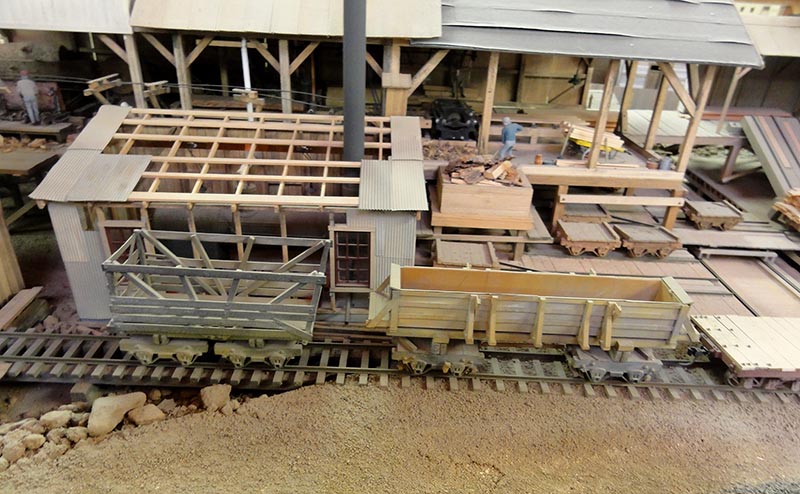 These On3 models were scratchbuilt from photos taken by the author in 1950 on the Michigan-California Lumber Company in Camino, Calif. The car on the right was used to store water at a donkey site. The car on the left transported chunks of wood to fuel donkey engines. The trucks were made from castings, one produced by the late Cliff Grandt. 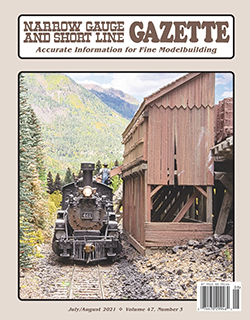 I was fortunate to have visited several of the old California logging lines, and they have inﬂuenced my modeling for more than 70 years. My ﬁrst exposure was a trip to Camino, Calif., in 1950 right out of high school. A friend and I drove up to Camino to photograph the Michigan-California Lumber Company’s equipment in Camino, but never got out on the line. However, I found several unique cars to model, and enjoyed photographing the Shays switching around the yard.

My friends and I were into photography and thought we were all Lucius Beebe. I even used an old Graﬂex camera like Beebe did. Over the years we also visited the Diamond & Caldor in Diamond Springs. In 1955, Irene and I stopped there on the way back from our two day honeymoon at Lake Tahoe; I got some great shots of logging equipment and Irene learned to be patient. 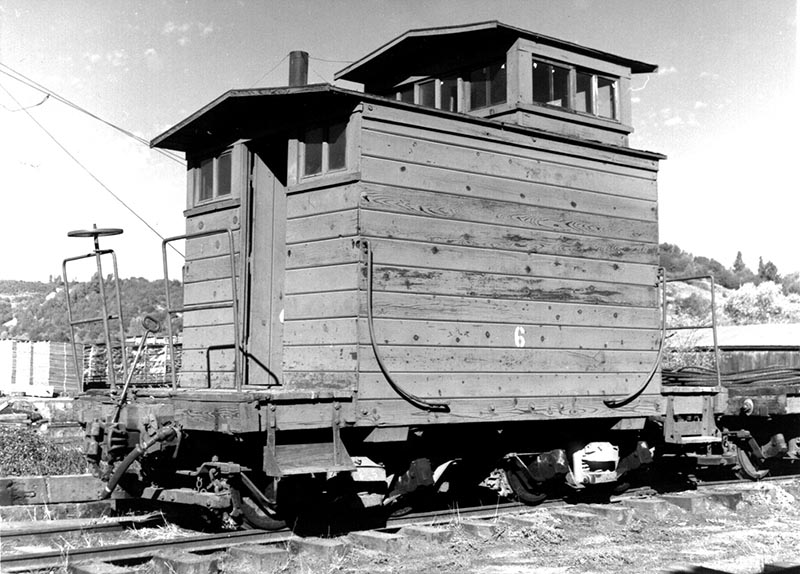 Here is a photo of one of the delightful West Side Lumber Company short cabooses.

In the 1950s, my friends and I also visited the Sierra Railway in Jamestown, the Pickering Lumber Company in Standard, and the West Side lumber Company in Tuolumne City.

Getting automobiles that would make it to these railroads was always a problem. One fellow worked for an auto parts company. His job was to deliver parts to the local garages and gas stations, and he was allowed to take the company’s pick-up home. So, we used it to take our trips. We often drove up to Jamestown and parked behind the Sierra Railway’s roundhouse. Then we would go in and pester the hostler as he kept the locomotives hot. I remember he had a large Mason jar full of tea that he kept hot on the back head of one of the locomotives. After talking to him we would roll up in our sleeping bags in the bed of the pick-up and try to sleep. It was hard to sleep with all those steam locomotives so nearby. In the early morning, we would drive the hostler down the hill to his hotel in Jamestown, then return to photograph the crews getting the locomotives turned on the turntable and fueled and watered for their runs to Oakdale and Tuolumne City. 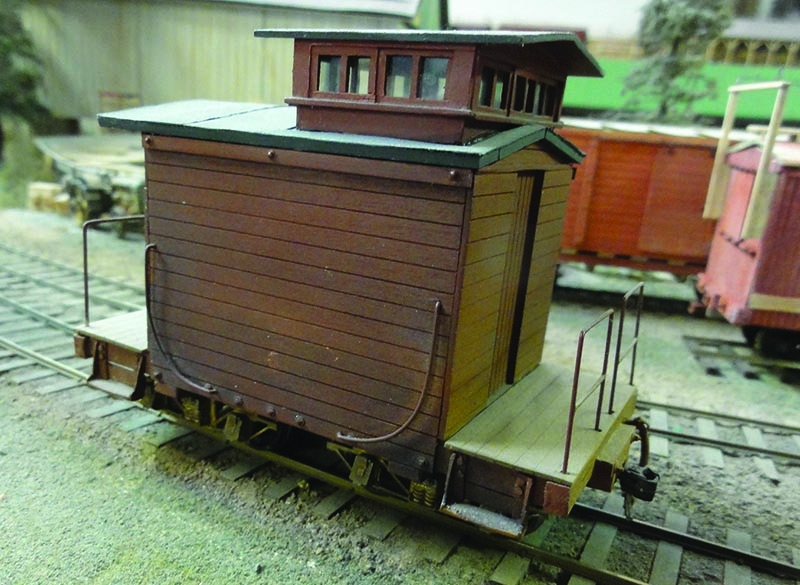 This On3 caboose was built by the author some 60 years ago. It was assembled from Lee Klaus’ Valley Car Works cerro-bend castings and scribed wood. The little bobber still trails behind log trains on the author’s Tuolumne Forks Lumber Co. layout.

Next, we drove to the West Side, but on the way, always stopped at Standard to take photos of the standard gauge Pickering Lumber equipment. I remember the Shays had stainless steel boiler jackets, and that I once stupidly ran across the log pond hopping from log to log.

The West Side was right around a curve in the road, and we always spent most of our time there. On one trip we drove up to Camp 45. While there, we were asked to take a logger down to Tuolumne City. We said yes, but were shocked to see him. He was at least six foot eight, had a stocking cap, ﬂannel shirt, and laced up boots — a real Paul Bunyan, and he was falling down drunk. We loaded him into the back seat, and thankfully he fell asleep, and slept all the way down to his hotel in Tuolumne City.

This is the view the author saw so long ago that caused him to say, “Why would anyone not model narrow gauge?”

We usually spent the day taking photos at the West Side. One day, in the early evening, I was standing on the right-of-way and the evening train of empties came by. As I understand it, a loaded train started up in the camps at the same time for the eight hour trip, and they passed somewhere up the line. As the train approached me, I stepped off the track down a small embankment. I can still “see” the gears of the Shay whirring by and the long string of Swayne log cars as they rattled by, followed by one of the West Side’s homemade short cabooses. I stepped back on the right-of-way after the train passed, and can still vividly remember, in full color, the sight of that little caboose swaying above its narrow gauge trucks as it disappeared into the dusk, and saying out loud to myself, “Why would anyone not model narrow gauge?”

This article appeared in the July/August 2021 issue of the Narrow Gauge & Short Line Gazette. Subscribe Today!