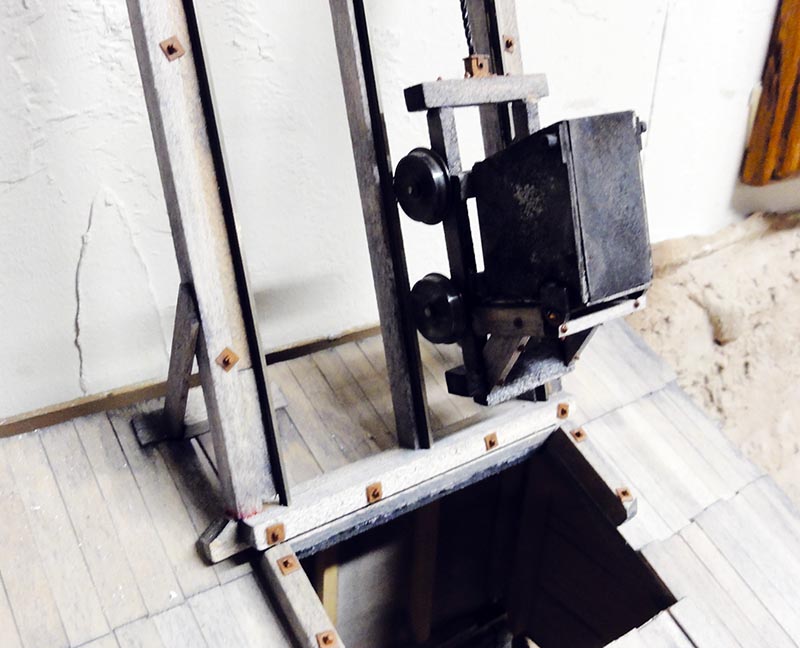 A close up of the ore “tub” on the railway. The ore came in standard gauge four-wheel ore cars designed and built in the Virginia & Truckee’s shops in Carson City, Nevada. 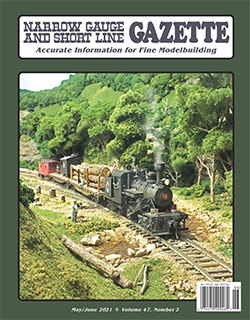 One fun part of building my Eureka Mill layout is the research involved. There is not much recorded on the Eureka Mill and its little 30-inch gauge railroad and I would like to see more, but maybe it would just confuse me. I have found that I just do not have the room to do a realistic model in O scale. So, it has been compromise after compromise, but I am still satisfied with my scene.

As I understand it, there were several Eureka Mills. The ﬁrst built in 1871 burned down, and was then rebuilt, and later improved. My problem has always been at which stage I should build my scene. Ore was originally hauled in four wheel ore cars by horses to an incline railway, and hauled up to the top of the mill to be dumped into a sorting device called a “grizzly.” I have photos of this line running along the top of the ﬂume, both in horse powered days, and later by steam locomotive. In 1887, a Porter was purchased and began operating along the top of the ﬂume until it was realized that the locomotive was too heavy, and a new right of way was built on land, and a deck, parallel to the ﬂume. Both on the horse-powered and steam-powered lines, the little ore cars were hauled up to the mill on the incline railway. 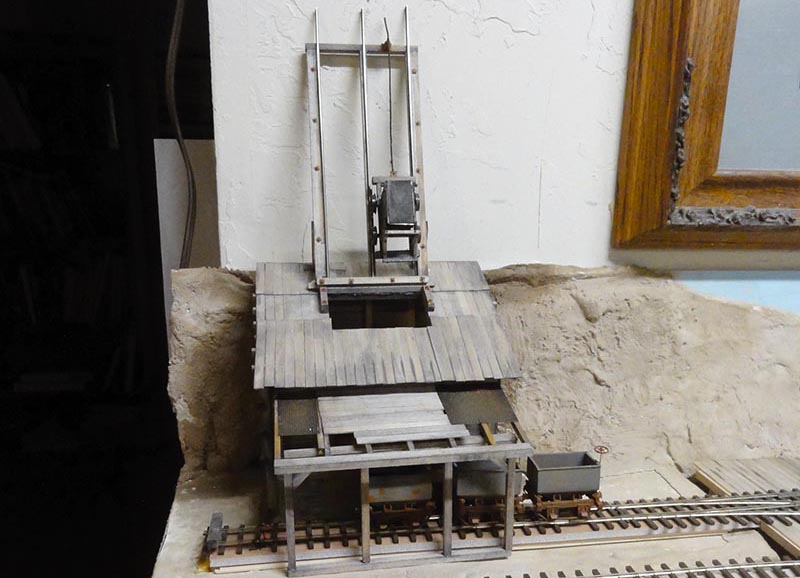 This overall photo shows the ore bin in place on the layout. Note the various materials used as roofing, and the incline railway.

Since I wanted to model the engine house with the track running through it, I also modeled the ore bin. I am also modeling the incline feeding my stamp mill, and will describe it in a later Ramblings.

At the other end of the Eureka Mill Railroad, ore was delivered from the Virginia & Truckee Railroad over a branch above the Carson River. The ore came in standard gauge four-wheel ore cars designed and built in the V&T’s shops in Carson City, Nevada. When the Eureka Mill Railroad needed ore cars, they ordered cars to be built by the V&T shops to the same design, only smaller.

The ore was dumped into tubs at the top of an incline railroad. There were two parallel tracks, each with a tub. One tub was ﬁlled and its weight, as it descended down the incline, pulled the previously emptied tub on the other track up to be ﬁlled. Once ﬁlled, it was let down pulling the empty back up to be reﬁlled. The ore went into a large ore bin where it was dumped into the Eureka Mill Railroad’s ore cars as needed. 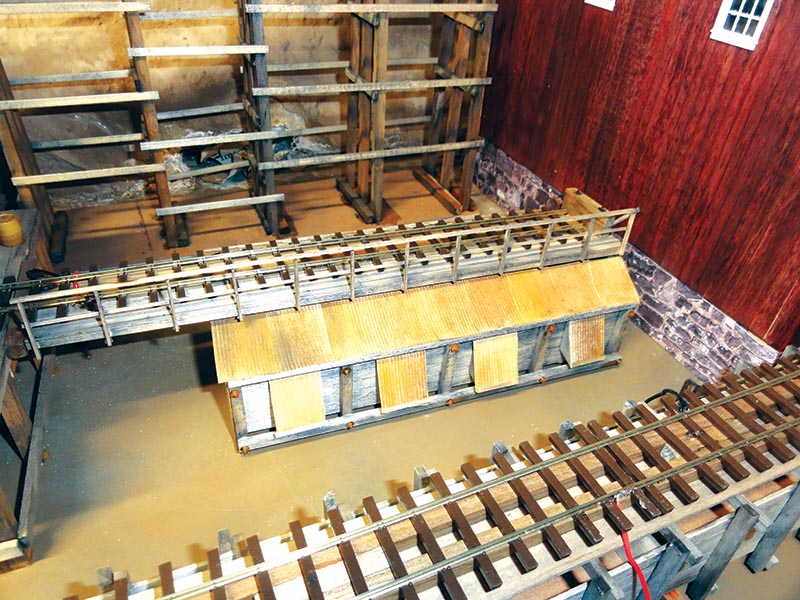 The ore bin beyond the engine shed. Note the incline track to the still-to-be-completed stamp mill in the background. There is still a lot to be done to bed this structure into the layout.

Again, space dictated my ore bin. It is located too near my engine shed. It should be a mile or so down the line in the neighbor’s back yard, and it is way too small. I just did not have the width to do it justice. I found two Yorke cast plaster rock walls and used them as foundations. The bin was assembled from scribed basswood and strip wood. I made a nice messy corrugated, wood planked, and tar paper roof, and added nut bolt washer castings. The wood was weathered with Hunter Line stains.

The most interesting feature of my ore bin is the inclined railway. I added two standard gauge tracks, and one cast metal tub. The tub is from an old mine kit I have been robbing parts from for years. I mounted it on a wood frame with two small standard gauge wheel sets, and added a cable. Since I cannot model the V&T above my scene, I made a little label explaining where the ore comes from.

Yes, more compromises, but I still think I have the ﬂavor of the little Eureka Mill Railroad in my On30 scene. All, as usual, great fun.