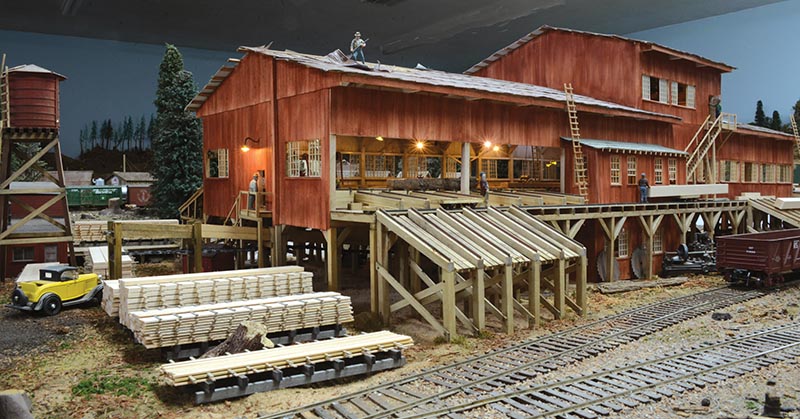 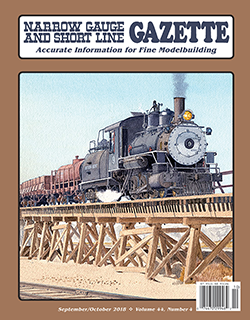 by Chuck Lind/photos by the author

I started to build my Long Leaf Sawmill several years ago, but a need to move put the project on hold. I told my wife Laurie that I didn’t want to move into a house with a smaller railroad room. So she found a nice house on 2.25 acres, giving me enough room to construct a separate railroad building. With the help of our children, Charles and April, this building was soon completed and houses my railroad and workshop.

Since the 2015 National Narrow Gauge Convention was coming to near-by Houston, Texas, and I was a co-chair of the event, we worked hard to get the narrow gauge part of my railroad presentable for the convention. However, my sawmill just sat there on my railroad “unﬁnished,” next to the planer mill. People attending open houses at my layout often asked: “When are you going to ﬁnish the sawmill?” So, I decided to have it ﬁnished by the 2017 National Narrow Gauge Convention in Denver, Colo., and enter it into the contest there.

In all the years that the sawmill sat on my railroad I had only completed its basic foundation, and part of the ﬁrst-ﬂoor log deck. So, to ﬁnish it I began by removing it from the layout, and placed it on a table in the middle of my workshop – forcing me to work on it. Next, I placed a large order for strip wood with Mt. Albert Scale Lumber. 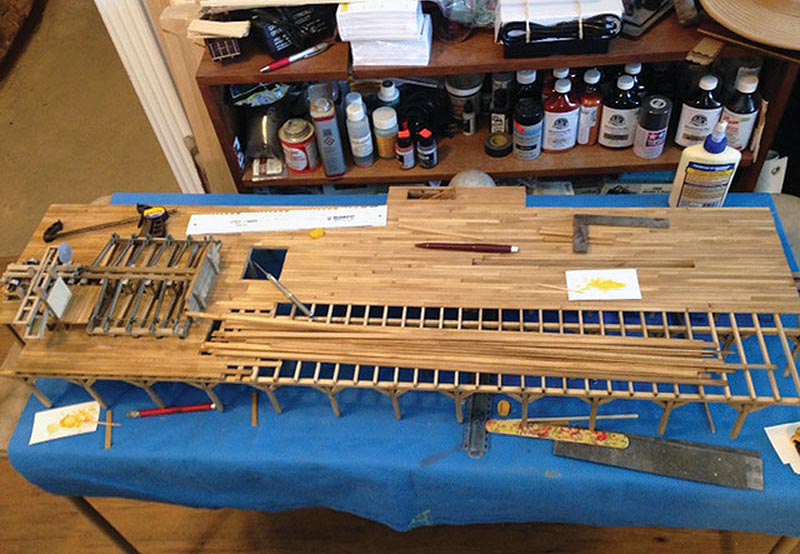 I had already decided that my sawmill was to be a model of the prototype at Long Leaf, La. I was familiar with this sawmill, because I have been a long-time member of the board of the Southern Forest Heritage Museum (where the sawmill is located). In visits over many years I had climbed over every inch of it.

Plus, I had a set of plans, which I found in the Museum’s archives, and many old photos. I decided to build my model of the mill as it was in the 1930s – with a band saw on one side, and a double-blade husk (circular) saw on the other. I had assembled a Western Scale Models’ band saw kit several years ago, but didn’t like the blade that came with it. So, I had some friends in Dallas cut me some new blades from Mylar, along with several extras that I could use in the saw ﬁler’s area, and as scrap under the sawmill. The rest of the machinery includes machines from CHB, Sierra West Scale Models, and some I scratch-built myself.

The Long Leaf Sawmill was powered by several steam engines located under the mill’s ﬂoor. Steam for all the steam engines came from a powerhouse separate from the sawmill (reducing the risk of ﬁre). With the steam engines under the mill, the belt drives all come up through the ﬂoor, rather than by the more common overhead belt drive system. Because of this, I had to make the ﬂoor of the mill sturdy enough so that I could safely turn the model over each time I added a new piece of machinery, and had to hook up the belts and run the drive system. To handle this task, I built a framework that would hold the model up-side down. 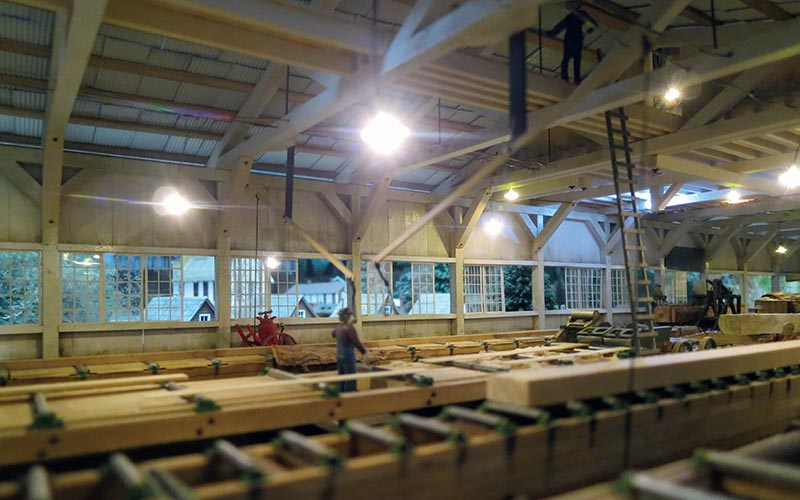 The Long Leaf Sawmill was built in the early 1900s with a 12- x 12-inch timber frame, and covered on the outside with 1- x 12-inch boards. During a later remodeling, these boards were removed, and the building was covered with corrugated metal to better protect the building from ﬁre.

Since I had already started the log deck, and built the CHB machinery for that area, completing the main ﬂoor was my ﬁrst pri-ority. This allowed me to play with locating the machinery, as close as possible to the arrangement in the sawmill at Long Leaf. I used scale 3- x 12-inch boards like those of the prototype for the ﬂooring. Even though the ﬂooring would only be seen through a couple of openings, I just like the way that the individual boards stained differently.

One of the features that always “catches my eye” when I enter the sawmill at Long Leaf is the large cut-off saw. I scratch-built the cut-off saw, and played with some of the circular saw blades that were commer-cially available, but nothing looked right. So, I called Brett Gallant at Sierra West Scale Models, and he made several circular saw blades for me that were the correct size. All the live rolls were scratch-built from my supply of rollers (purchased from Sierra West Scale Models)…

Read the rest of this article in the Sept./Oct. 2018 issue of Narrow Gauge & Short Line Gazette