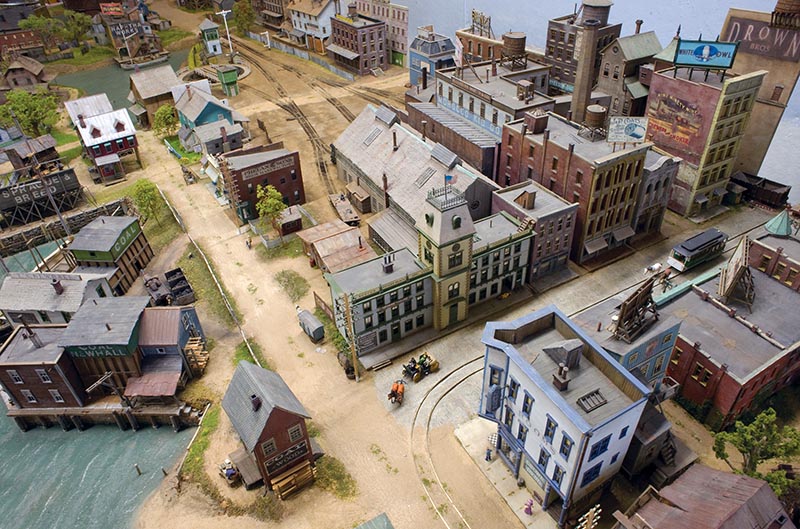 An aerial view of the author’s model of Market Street Station, looking from the first module towards the second and third. 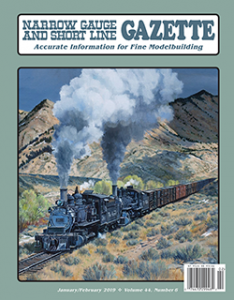 by Todd Gieg/Model photos by the author, prototype photos courtesy of the Winthrop Library & Museum

While I’ve spent most of my life living in or around Boston, Mass., it wasn’t until I was reviewing the instructions in a Fine Scale Miniatures’ Jeffries Point Heading & Stave Co. kit, that I first learned of the three-foot gauge Boston, Revere Beach & Lynn Railroad. I was amazed to discover that between 1875 and 1940 “The Narrow Gauge” (as it was called then) had its East Boston terminal barely a stone’s throw away from my first apartment in this area.

George Sellios, owner of Fine Scale Miniatures, and the builder of the magnificent HO gauge Franklin & South Manchester Railroad, modeled the twin tunnels of the BRB&L on his layout. I was also astonished that, while not knowing of the prototype BRB&L, it was the name I had chosen for the fictitious layout I had intended to build for my son. My fate was sealed. 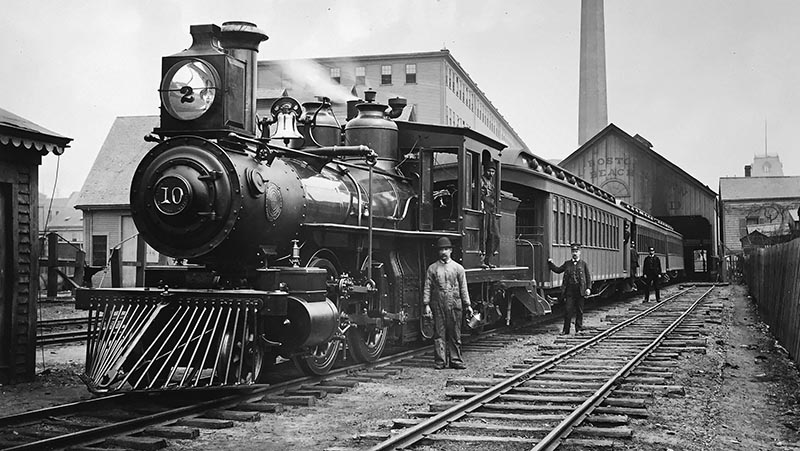 At that time, I was unsure where we would be living, so I decided to build a modular layout. Using 4×4-foot modules, my plans began modestly – but my layout eventually expanded to 10 modules. While I knew that an HO scale diorama would have to extend for about 400 feet to depict the 8.5 miles of the prototype, I felt I could build my model in about 40 feet. 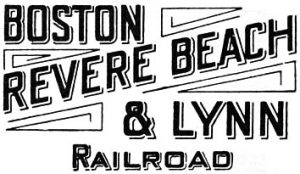 I love that “The Narrow Gauge” is an Eastern railroad running along the ocean. The landscapes through which the trains passed were remarkable. The line once ran through dense urban neighborhoods, past coal-fired power plants, through marsh-land, across rivers, through pine forests, among grand hotels, by race tracks, along honky-tonk beach communities, and villages on hilltops, and finally through twin tunnels to the ferry docks of East Boston. Also endearing were some of the BRB&L’s peculiarities, such as using standard gauge ties to reduce costs, and matching 3-foot gauge Mason Bogies, with standard gauge passenger cars riding on narrow gauge trucks. As can also be seen in numerous photos, they occasionally ran the locomotives backwards, adding to the eccentric quality of the railroad… 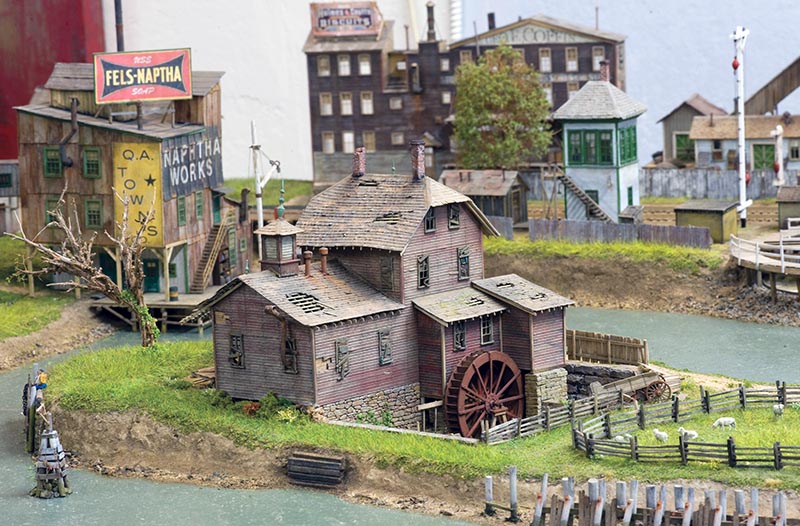 ABOVE: A modified Fine Scale Miniatures Mackenzie Milling kit provided this perfect abandoned gristmill – which in Lynn was powered by the tides.